Netflix Portugal revealed on September 26th and after a bit of a hoo-hah, it was then confirmed that a CGI Resident Evil title is in the works for Netflix. Resident Evil: Infinite Darkness will be a new anime movie coming to Netflix in 2021.

We already know of two Resident Evil movie and TV projects coming out in the near future. One of which, the TV series, is a Netflix live-action project that’s due to start filming either late this year or early next.

On September 26th, a new trailer was posted to the Netflix Portugal Twitter account claiming that another brand new project would be coming to Netflix in 2021. It reveals Chris, Claire, and Leon, well-known characters from the games featuring in a CGI trailer for the title called Resident Evil: Infinite Darkness.

The text accompanying the original trailer for Resident Evil: Infinite Darkness is “Me? Afraid? No … Nothing!”. The Tweet was posted at 7:30 PM UTC. 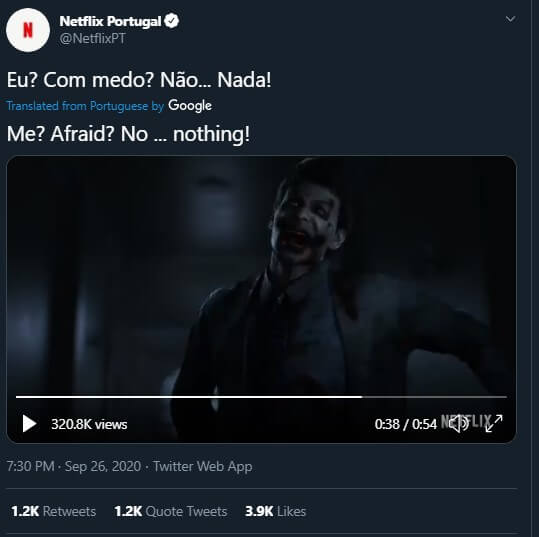 The trailer was then uploaded to YouTube by multiple people but swiftly taken down by Netflix on Copyright grounds really giving us confirmation that it was, in fact, a real project.

The announcement coincides with a Resident Evil panel at the Tokyo Game Show that took place on September 27th, 20200. The panel (part of the larger Capcom presence at the TGS) was largely about Resident Evil 8 (a new video game) teased there would be other surprises including this new Netflix anime.

NXonNetflix (Netflix’s sci-fi and anime brand) then posted the trailer in full (and in slightly better quality) the following day.

Infinite darkness is fast approaching. Are you ready? pic.twitter.com/PXfhUNjPE4

It comes as Netflix extends many titles on the service out with accompanying anime titles such as The Witcher getting an anime spin-off and Altered Carbon getting similar treatment earlier in 2020.

What else we know about Resident Evil: Infinite Darkness on Netflix

We’ll have more on this as we learn more but for now, let us know in the comments if you’re excited to see a new CGI-based Resident Evil title hit Netflix.