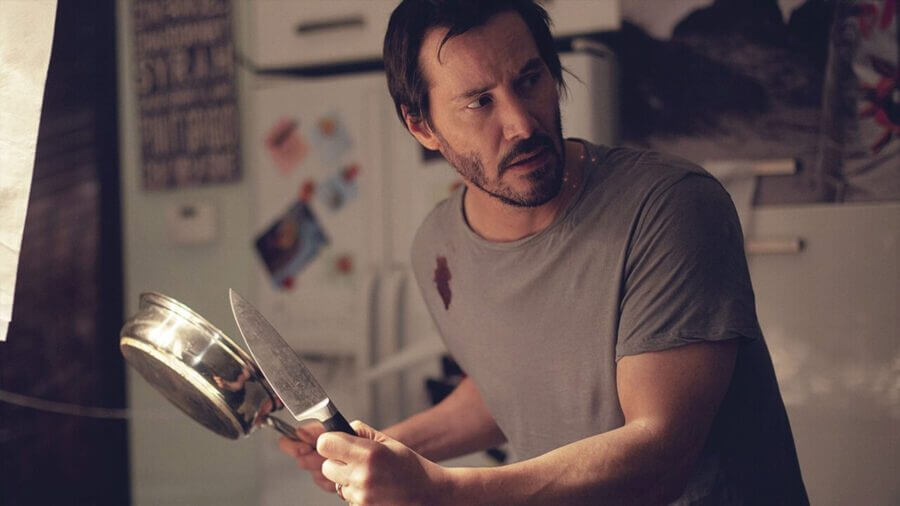 Coming to Netflix just after Halloween 2020 and one of the movies that will be headlining the November 1st additions at least on Netflix in the US, is the Keanu Reeves thriller, Knock Knock.

The movie missed the Halloween 2020 lineup but will be made available to Netflixers in the US for November 1st.

Released in 2015, Keanu Reeves plays the role of Evan who is a happily married man who on one rainy night finds two girls (played by Ana de Armas and Lorenza Izzo) on his doorstep looking for a phone and a place to dry off. Little did he know he was inviting in two ladies with nefarious goals.

Knock Knock is directed by Eli Rother with both Eli and Nicolás López writing the screenplay.

As of the time of publishing, the movie is also currently available on Netflix in the Netherlands, Belgium, Germany, Turkey, and Romania.

The reviews for this movie differ wildly with the scores reflecting how split audiences are. It scores a 53 on Metacritic with a 4.9 on IMDb as of the time of publishing. User scores on Metacritic are considerably higher sitting at 7.2.

When we announced the movie was coming to Netflix on Facebook yesterday, it elicited some rather negative responses with one saying: “This is undeniably the very worst movie I have ever seen.” and another “do not waste your time on this garbage pail of a damn movie. It’s the worst movie in the history of the world. That is all.”

The movie joins a rather limited (although this is expected to grow) list of movies that are scheduled to arrive on Netflix on November 1st. As you may know, Netflix’s licenses with providers such as Lionsgate, Sony, Warner, and others all renew on the first of the month. That also means lots of removals too so keep an eye on the November 2020 removals here.

Will you be watching Knock Knock when it arrives on Netflix USA on November 1st? Let us know in the comments.

When will ‘Transformers: War for Cybertron’ Part 2 be on Netflix?

‘The Chronicles of Narnia’ on Netflix: What we know so far

When will ‘Riverdale’ Season 5 be on Netflix?

When is ‘Sword Art Online’ Season 4 Coming to Netflix?