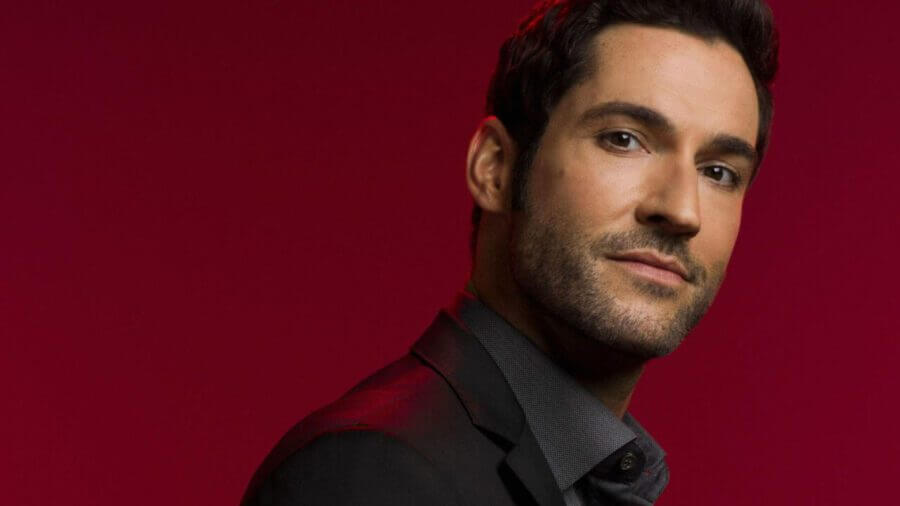 Lucifer is coming back to Netflix for season five in summer 2020 but sadly, we still don’t have an official release date. It doesn’t look like the series will appear in June 2020 either. Here’s an up-to-date guide to what we know about season five of Lucifer on Netflix, what we can expect from the story, the episode titles, the production schedule and what the chances are for season 6 of Lucifer.

As you may have heard, Lucifer is Netflix’s latest revival show. It managed to pick up the show from FOX who canceled the series after three seasons last year. The revival came after a massive fan campaign to save the show.

The early seasons of Lucifer were added to Netflix at the beginning of 2019 and although all of the previous seasons aren’t available on Netflix everywhere, season four premiered exclusively on Netflix around the world on May 8th, 2019.

In April 2020, production on season five stalled but we believe the first half is now ready to release as we’ll get into shortly.

The reaction to the fourth season since the arrival has been immense. It smashed TVTime’s binge report rocketing to number one outperforming HBO’s Game of Thrones and breaking their all-time record.

There’s a lot to cover for Lucifer season five so let’s begin.

When is the release date of season 5 of Lucifer?

We’ve moved this up to the top of the article to help you better find out when the release date is.

Currently, no release date has been announced for Lucifer season five part one (more on why part one in a bit).

The new June 2020 list implies it’s not due out in June (unless it’s a surprise addition) which leaves current release predictions as either July or August 2020.

Ildy Modrovich gave an update on May 21st that said a release date was imminent.

I hope I don’t get in trouble saying… the premiere date is coming SOON!!! Like… soon soon. #Finally #luciferseason5date #Lucifer #LuciferSeason5 https://t.co/xoQZT4ahbF

Has Lucifer been renewed for season five?

On May 7th, 2019, the series was given its season five order. However, it’s a bittersweet announcement as the show has been given a final season order.

thanks to the lucifans, #lucifer‘s story will come to an end the way it should: the fifth and final season is coming to @netflix. pic.twitter.com/EvknS5AVHK

In a statement to Hollywood Reporter, Netflix said: “We are thrilled that Lucifer fans around the world have embraced this series on Netflix, and we can’t wait to give them the big finish they’ve all been waiting for.”

Here are some more reactions from the cast of Lucifer on its season five renewal:

Ildy Modrovich who serves as the main showrunner said: “Whoop whoop!!!! Season 5 is coming!!! Thank you to our beautiful Lucifamily for all of your love and support!! And to @LuciferNetflix for being the best partners EVER!! It’s our final season so we’re planning to make it COUNT!!”

Joe Henderson who serves as the co-showrunner said this: “The fans brought us back to life. Now, we get to finish our story on our terms. Can’t wait for you guys to see what’s in store!”

Tom Ellis had this to say: “Well look what happened! A 5th and final season of #Lucifer is coming to @LuciferNetflix thank you to all you loyal #lucifans for watching…now let’s end this thing properly”

Where is season five of Lucifer in production?

We’ve also got the first few announcements about who will be returning to the director’s chair in season five.

Richard Speight, Jr. will be returning to direct in season five.

In early September 2019, Netflix announced that season five had begun filming. The news was accompanied by an image with the majority of the cast lined up in the first table read. Filming took place from September 6th, 2019 onwards.

In September 2019, we also got the first new cast announcement for season 5. Erik Aude has been cast as Rod and is currently only scheduled to appear in season one.

As of December 2019, they had completed the table read for episode nine. We believe that’ll be the final episode of part one for Lucifer given the fact its episode name includes a spoiler and the fact the writers and cast have both said how emotional the episode is.

Just finished the table read for episode 509 of #Lucifer. I am so lucky to work with these incredible actors. I cried multiple times during the read and… well, I am right now thinking about it. This episode is very personal to me, and just… wow. Grateful.

Also in December 2019, the See What’s Next account from Netflix shared a first look screen for season five.

In December 2019, we got a behind the scenes shot of a beach scene coming up. It’s led to rampant speculation as you can imagine.

In February 2020, we got word that the writers had concluded writing every episode with the last day in the Lucifer writing room taking place on February 7th, 2020.

DB Woodside said the following to mark the event: “Today was the last full day for the writers in the room. Please make sure to flood their timelines w love & gratitude.”

Chris Rafferty said the following: “Final day of the Lucifer Writers Room as we finished plotting our series finale. It hasn’t sunk in yet because we still have more writing, shooting & editing to do, but we celebrated this bittersweet day with lots of laughs & love”

In March 2020, alongside the global Coronavirus epidemic, it was revealed that Lucifer was one of the many shows at WBTV and Netflix that had been temporarily postponed.

Despite the production on the show stalled, the writers and producers of the show have shared numerous behind the scenes pictures.

In May 2020, we got even more behind the scenes snippets from various cast members:

My #lastnormalphoto is from set on #Lucifer. We shut down production soon after, but God what a gorgeous day (and @LaurenGerman & @tomellis17 ain’t so bad either) https://t.co/b0PoUcQh4e pic.twitter.com/3Ba8MLRBCi

At the end of August 2019, we got word of the first episode name and who’s writing and directing. Over time, we expect to hear more on the episode names and who is returning to write and direct.

? A chance? A chance?!? @Ildymojo @Henderson_Joe we need better than a chance right now!!! ? pic.twitter.com/Np9q3Gwr0O

What to expect from season 5 of Lucifer

Before we get into spoiler territory for season 4, Netflix produced a fantastic Lucifer recap for seasons 1-3.

Firstly, let’s just recap the final episode as there’s a lot to dive into.

The final episode (episode ten – “Who’s da New King of Hell?”) sees Lucifer return home to help contain hell which is now spilling into Los Angeles. Chloe and Lucifer also reveal their love for each other (no surprise there) with Lucifer saying “his first love was never Eve”.

Throughout the season, we’ve seen Chloe struggle to come to terms with the fact Lucifer has a demonic side which is why the introduction of Eve made sense.

Season four sets up future seasons with the demons back home in hell now knowing that Lucifer never intends on returning home.

The episode closes with Lucifer saying his final goodbye to Chloe as he returns home albeit hopefully only temporarily.

Will Eve return in future seasons?

Eve also departed by the end of season four, but we don’t believe her story has completed yet either. She clearly made amends and saw the error in her ways throughout the season. She’s now gone off to find herself but could easily be bought back later.

Will Lucifer return from Hell?

Unlike the first season, Lucifer won’t be able to strike a deal to return to Earth. He’ll have to find a replacement ruler for the underworld to prevent it from spilling into the real world. Lucifer would opt to ask one of his other siblings.

Some have speculated that Lillith (Adam’s first wife) could return with Eve saying that she “tamed the beasts of the night”.

How many episodes will there be in season five of Lucifer?

Originally, we were told that Lucifer would be ten episodes final season but as of July 2019, we now know that Netflix has given an expanded order to the show.

It’s worth noting that the series is confirmed to be split into two halves, however. Part one will likely consist of eight episodes, with part two consisting of the same amount.

The series has been expanded to 16 episodes, meaning we’ll have nearly 16 hours worth of new content come 2020.

#Lucifer Season 5 just got a HELL of a lot better — and bigger! We’ve added six more hours, for a grand total of 16 episodes! pic.twitter.com/HILzaacpsb

How was the reaction for season four of Lucifer?

This season was bought back from the dead from fans and has clearly pleased fans too. The IMDb ratings for each episode has soared this season to between 9.5 to 9.9 on some episodes. Compare that with the mid-8s that some of the third season episodes saw.

Most viewers agree that the reduction in the episodes and complete freedom granted by Netflix has meant in a significant bump in quality.

We heard in July 2019 that we could soon see the release of the blooper reel for season four. Someone, however, has put together a compilation of all the “behind the scenes” and bloopers released thus far.

Will Lucifer return for season six on Netflix?

Up until the start of 2020, it was believed that season five was set to be the last for Lucifer on Netflix. However, several developments have built up meaning that we’re probably going to get more seasons post-season five on Netflix. Here’s what we know.

In February 2020, however, TVLine has reported that there have been ongoing talks between Netflix and Warner Bros. to keep Lucifer going beyond the fifth season. This included the showrunners signing up for another season and in March 2020, Tom Ellis signed on for more episodes.

Perhaps the biggest tease to date is from DB Woodside who teased “a super-secret project” for Netflix and Warner Brothers.

Looks like I’m doing a super secret project for @netflix & @warnerbros that I’m not able to say anything about.

Except that it’s super cool.

And a super secret.

Have I told you that it’s super? pic.twitter.com/h7nfZOviEu

In April 2020, we got word that the ongoing talks with Tom Ellis had broken down with a contract dispute between Warner and the main actor.

Brianne Davis (@thebriannedavis) has been cast as Detective Dancer in the final season of the show! pic.twitter.com/9hFEWW85ew

Casting news for #luciferseason5 Erin Cummings who has starred in Spartacus will play the role of Mandy in season 5. pic.twitter.com/bw1PQrkjIi

More casting news for #LuciferSeason5 – Chaley Rose (@ChaleyRose) who has featured on Nashville will appear in season 5 as Destiny Page. pic.twitter.com/SnF34Qv3bQ

It was announced by Netflix when they rescued Lucifer that it would be ending at the end of Season 5. This was well over a year before Netflix won the auction for Sandman.

Allison McAtee (@AllisonMcAtee) has been attached to play the role of Elizabeth Newman. pic.twitter.com/ZPXCh6TT4p

Are you looking forward to the release of Lucifer season five? Let us know in the comments down below.