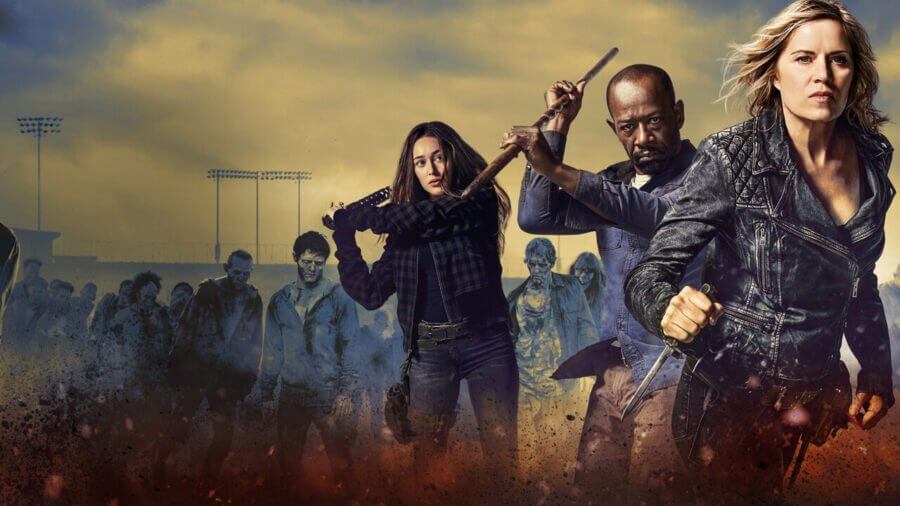 Fear the Walking Dead is back for season 6 on AMC (also known as The Walking Dead channel) but as per previous years, won’t be coming to Netflix as the series has already been sold both in the US and internationally. Here’s why seasons 1-6 aren’t on Netflix.

The prequel series to AMC’s hit show The Walking Dead first aired back in 2015 and has seen the show’s popularity grow with some arguing the show is now better than its main counterpart which is currently heading into its eleventh season (with season 10 still yet to release on Netflix).

Rather than set several years after the initial outbreak, Fear the Walking Dead seeks to tie-up the in-between introducing some of the characters seen in the main series and flesh out their backstories.

Why isn’t Fear The Walking Dead on Netflix in the US?

AMC has chosen to keep some of its newer shows away from Netflix and that includes Fear the Walking Dead.

As you may know already, The Walking Dead is on Netflix in the US but every subsequent show including this and the upcoming World Beyond are sold individually.

It was announced fairly early that Fear The Walking Dead would be on Hulu on a weekly basis plus hold all of the previous seasons too. That contract will exist until the end of the shows life meaning Hulu is your answer if you require to watch on streaming.

Netflix DVD does stock the first few seasons as a DVD boxset but you’ll need a separate subscription outside your normal Netflix streaming to gain access.

Is Fear The Walking Dead in any other Netflix region?

As with previous versions of this article, no other Netflix region currently holds Fear The Walking Dead either and that continues to be the case going into season 6.

The United Kingdom, for example, will have to rely on the streaming service NowTV to stream the show.

To find where it’s streaming in you region, we’d suggest using a service such as JustWatch to find it.

Do you wish Fear The Walking Dead was on Netflix? Let us know in the comments down below.

When will Season 6 of ‘How to Get Away with Murder’ be on Netflix?