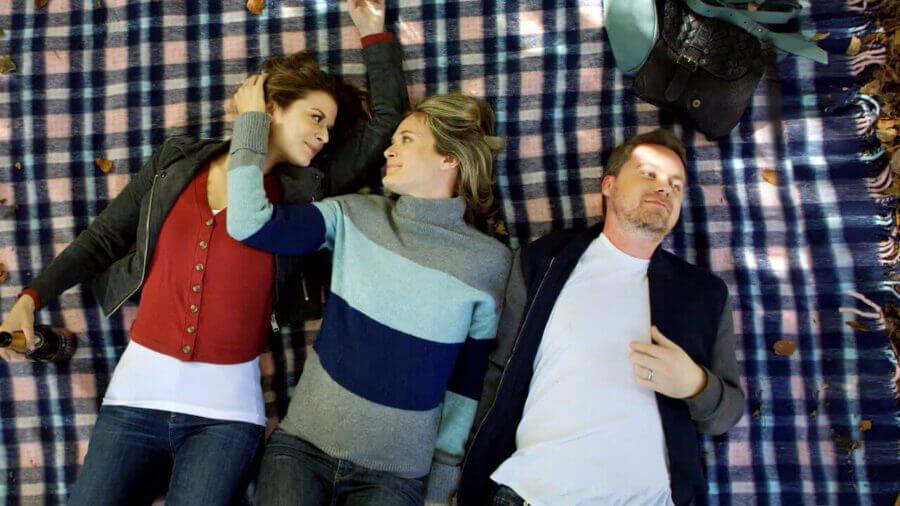 You Me Her – Picture: Audience Network

You Me Her concludes with its fifth and final season and will be coming to Netflix in late October 2020 on Netflix internationally (everywhere outside the United States). It comes to Netflix after the US actually failed to air all the episodes. Here’s what you need to know.

Created by John Scott Shepherd, the American-Canadian comedy has often gone overlooked despite being easy to binge-watch. It stars Greg Poehler, Rachel Blanchard, Priscilla Faia and Melanie Papalia and follows the thruple which includes an escort who was originally hired to help spruce up a failing relationship.

Jem Garrard directed all of the final 10 episodes.

The US release schedule of You Me Her has been a mess. That’s mostly down to the fact Audience Network, the network the series airs on, was taken offline midway through the series actually airing. The network was shut down on May 22nd.

Netflix licenses out the series from Audience Network (AT&T) and labels it as a Netflix Original as we’ve seen for the previous four seasons.

When will You Me Her Season 5 be on Netflix?

You Me Her season 5 will be arriving on the same day as The Alienist internationally on October 22nd, 2020.

Some of the major regions set to get You Me Her season 5 includes:

Netflix Canada is also a notable exception too where the series is available exclusively on Crave with the final season streaming there as of the time of publishing.

Will You Me Her be on Netflix USA?

Netflix has picked up several Audience Network shows in recent years in the US but it’s unclear whether You Me Her will follow suit.

The most logical home for the series will be HBO Max which is owned by AT&T but as of October 2020, no additional streaming or broadcast plans have been announced for You Me Her.

Are you looking forward to watching You Me Her season 5 on Netflix? Let us know in the comments down below.

A Beginner’s Guide to Studio Ghibli Movies on Netflix