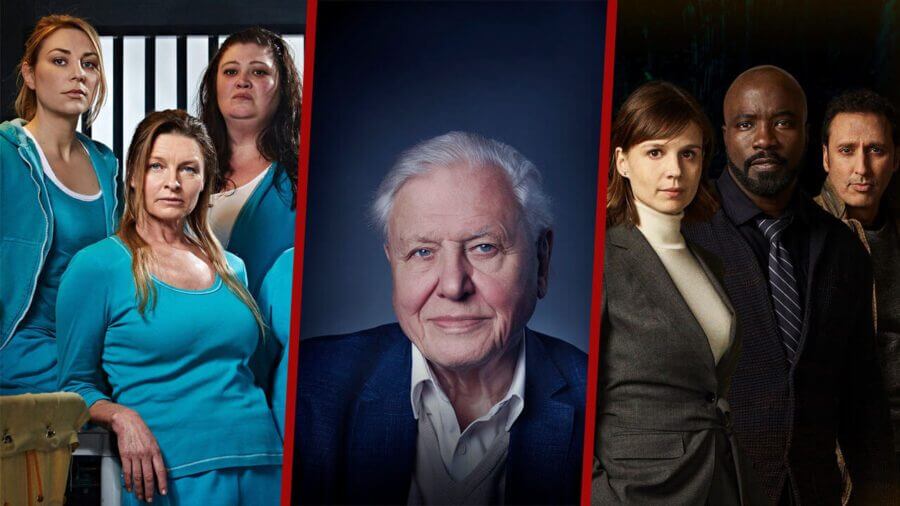 It’s going to be a very busy week for new Netflix releases in the US (and globally for that matter) with over 100 titles scheduled to release in the US for the next 7 days. Here’s a preview of what’s coming up on Netflix US between September 28th, 2020 to October 4th, 2020.

As always, we’ve got full lists of what’s coming up on Netflix next. The October 2020 list grows every day with The 100 season 7 just added to the list.

Let’s quickly recap a few highlights of the week.

Netflix has scooped up two CBS series for release this week to hopefully fill the content hole Netflix soon finds itself in.

Katja Herbers, Mike Colter, and Aasif Mandvi feature in this series created by Michelle and Robert King about a psychologist joining two others to investigate paranormal occurrences.

Orange is the New Black may be over but Wentworth picks up the baton and then smacks it over the head of the prison guards.

This is the best prison drama on Netflix. Period. It’s got great writing and some incredible talent who comes and goes plus if you’re looking for a long binge, this the show to watch.

David Attenborough: A Life on our Planet

Ending next week will be David Attenborough’s brand new nature documentary movie which follows his project Our Planet which released on Netflix last year.

Here’s how Netflix describes the project:

“In this unique feature documentary, titled David Attenborough: A Life On Our Planet, the celebrated naturalist reflects upon both the defining moments of his lifetime and the devastating changes he has seen.”

Coming to Netflix on September 28th

Coming to Netflix on September 29th

Coming to Netflix on September 30th

Coming to Netflix on October 2nd

Coming to Netflix on October 4th

Let us know in the comments what new titles you’re looking forward to watching on Netflix this week!

When will Season 8 of ‘The Blacklist’ be on Netflix?