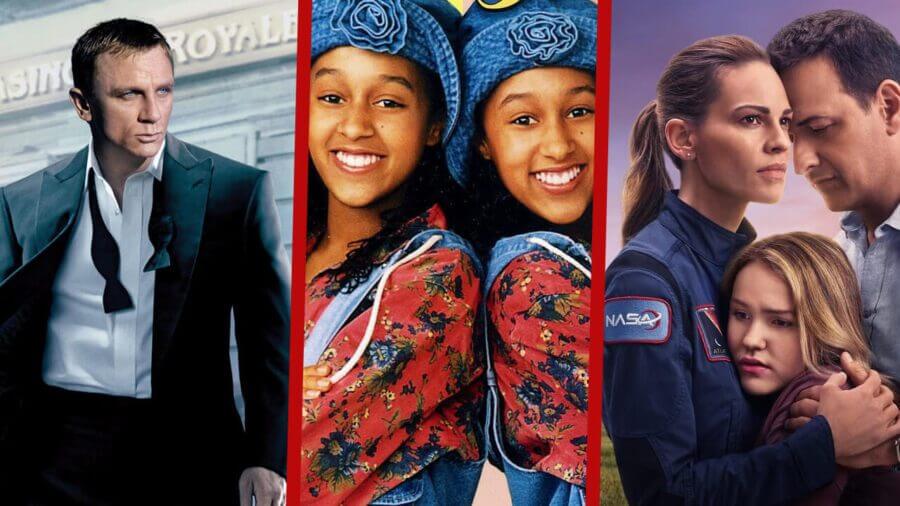 Clear your schedules, as the next seven days on Netflix are set to be humungous with at least 50 brand new movies and TV series scheduled for release in the first week of September 2020. Here’s a look at what’s set to release on Netflix in the US between August 31st and September 6th, 2020.

September 2020 is already lining up to be a huge month for new releases so if you’ve missed out on our big preview for the month, now is the chance to check it out. We’ll keep adding to it over time so keep it bookmarked.

Before we dive into the full list, let’s take a look at some of the highlights on the way.

On Monday, we’ll see the release of the first two James Bond movies that featured Daniel Craig. It joins a couple of the other Bond movies that still reside on Netflix but as a whole, the Bond movies are still very hard to stream.

Casino Royale is regarded as not only the best Bond movie featuring Daniel Craig but one of the best in the franchise in its long history.

Netflix has decided to pick up Borgen and continue the superb Danish political thriller (easily surpassing House of Cards in our opinion) and will be adding all three of the original series that aired from 2010 through 2013 on Tuesday.

As part of its numerous pickups from UPN, Netflix will be soon showing every season of the teen sitcom series Sister, sister.

The series follows teen twins who were separated at birth and their trials and tribulations growing up.

Of course, it coming to Netflix has already inevitably sparked rumors of a possible reunion.

Coming on Friday is the wonderfully strange horror thriller from Charlie Kaufman. Filled to the brim with talent, the movie follows a young woman who travels to her boyfriend’s parents’ farm but finds out she knows very little about him.

We’ve heard Netflix is in potential talks for future projects with Charlie Kaufman so hopefully, this will be the first of many movies from the esteemed writer and director.

Our final pick of what’s a must-watch over the next week is Away featuring Hilary Swank.

The space series will see an American astronaut head off on a dangerous mission with the international space crew.

Coming to Netflix on August 31st

Coming to Netflix on September 1st

What are you looking forward to watching on Netflix this week? Let us know in the comments down below.

‘Cowboy Bebop’ Netflix Series: Filming Restarts in September 2020 & What We Know So Far

Best TV Series Like ‘The Good Place’ on Netflix

The 20 best new movies to stream on Netflix, Hulu, Amazon Prime, and HBO