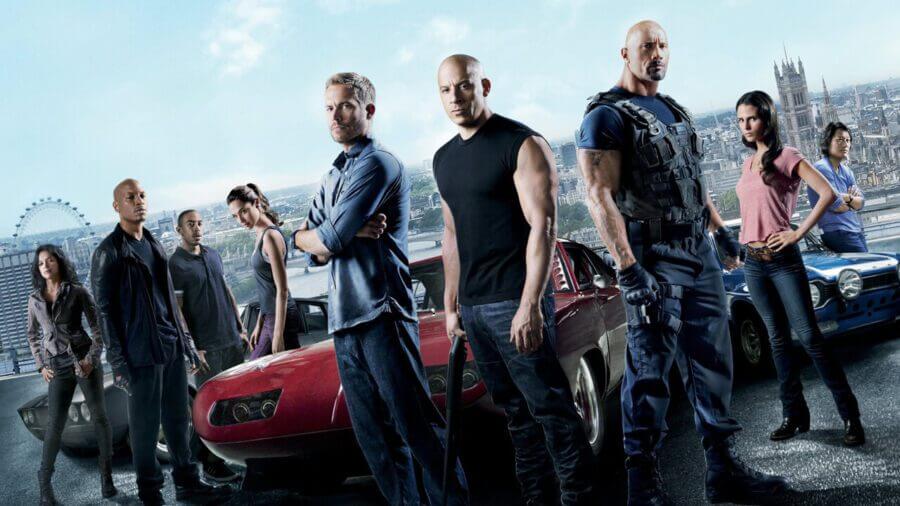 The high octane car-based series has taken many twists and turns over the years but at the heart of it is action and the family featured. It has featured ridiculous stunts, intense chases, more cliches than you can shake a stick at, and some beautiful cars.

Although they’re never particularly well received by critics, the franchise serves as a huge money-spinner for Universal Pictures who seem to release new movies every couple of years.

The next movie, F9 is due out in cinemas in 2021 despite originally being set to release in 2020.

Are the Fast and Furious movies on Netflix in the United States?

Many of the Fast and the Furious movies did reside on Netflix US until September 2019 when the majority were removed.

Here are the Fast and Furious movies that were added to Netflix and when they left.

Most Fast & Furious movies are currently split between multiple providers in the US. Some are available via USANetwork, Furious 7 for example is available on FX Now, The Fate of the Furious is available on Amazon Prime and some aren’t available anywhere.

Put short, if you’re in the US wanting to tuck into the Fast and Furious franchise, you’re going to have to use a service like JustWatch to find them all.

Sadly, new movies from the franchise don’t automatically come to Netflix in the United States either. For the moment, all new Universal pictures head to HBO at least until 2023. That means Hobbs and Shaw won’t be coming to Netflix anytime soon but is available on the newly released HBO Max platform.

We don’t know if any of the movies will head back to Netflix. Netflix typically licenses second window titles from providers like Universal periodically so the likely hood is that they will be back.

Fast and Furious movies available on Netflix in other regions

Thanks to UNOGs, we know that quite a few of the Fast and Furious movies can  be found on Netflix around the world.

In June 2020, every single Fast and Furious title was made available on Netflix in Canada.

In fact, the first six movies were added to multiple regions in early 2020 including Netflix Australia, India, most of mainland Europe (excluding the UK), Mexico, Latin America and Asia.

Fast and Furious 8 or also known as The Fast of the Furious is the most widely available movie as of the time of publishing. That’s currently streaming on Netflix in Canada, the United Kingdom, most of Asia, Europe, and Latin America.

Finally, we’ll end on another spin-off that made its way exclusively onto Netflix. Using the IP, the animated series from Dreamworks is about Dom’s cousin, Tony. He’s recruited into a government agency to infiltrate an elite racing league.

Season 1 is now streaming on Netflix and while we don’t currently have a date for season 2, it is expected.